visits:9
ATU President attended the 3rd General Assembly of the CINVU, held on 11 and 12 May 2022 in Islamabad.

Report by the Directorate for International Academic Cooperation –

Professor Abdollah Motamedi, ATU President, attended the 3rd General Assembly of the Comstech Inter-Islamic Network on Virtual Universities (CINVU), held on 11 and 12 May 2022 in Islamabad, Pakistan. Dr Motamedi talked about ATU's focus on developing Islamic Humanities in this event.

"The major issue," said Dr Motamedi, "in Islamic universities is that humanities are considered in terms of Western sciences, and we do not have humanities based on our own societies". He added that "Unlike basic sciences, such as physics and chemistry, where it is not important where they are formulated, the humanities must be based on cultures and social contexts".

Dr Motamedi said that "Allameh Tabataba'i University is seriously focused on Islamic Humanities, adding: "Indigenous sciences are a focal trend in the world today. One of the tasks of Islamic countries is to think about Islamic Humanities and provide the grounds for their development. 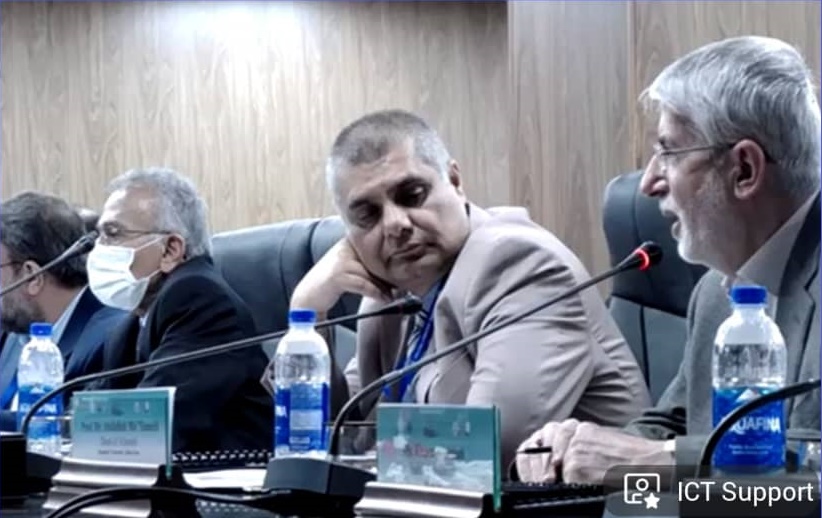 It is worth mentioning that the CINVU, with 57 members from Islamic countries, is one of the Standing Committee for Scientific and Technological Cooperation (Comstech) networks, which is permanently hosted by the Islamic Republic of Iran. This network is an important entity for strengthening and developing public higher education on virtual platforms across the Islamic world. The Network aims to achieve justice in the field of knowledge and thought, and to deepen and consolidate the knowledge and capabilities of students, professors, universities and intellectuals throughout the Islamic world.