ATU Nominated as the "Iran Chapter" of the AsianSIL 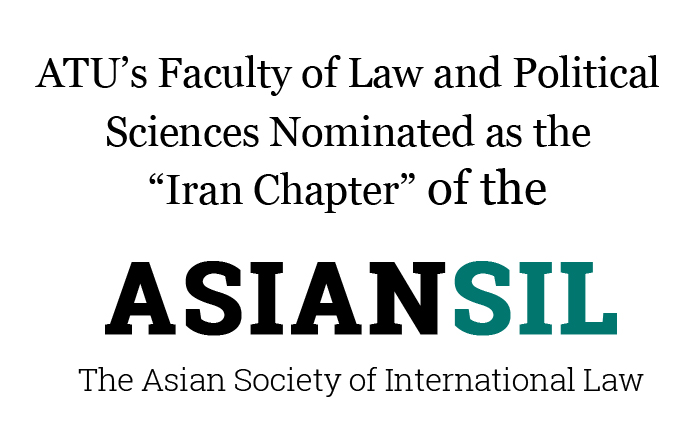 ATU Nominated as the "Iran Chapter" of the AsianSIL

ATU's Faculty of Law and Political Sciences (LPS) hosted a delegation from the Asian Society of International Law (AsianSIL) on 21 November, 2016. The parties signed an MoU on academic cooperation, and discussed further collaborations.

The session was convened in ATU's LPS Faculty with the presence of Dr Mirsaeedi, LPS Dean; Professor PAIK Jin-Hyun, President of the AsianSIL and faculty member at Seoul National University; and other faculty members and students from ATU. Dr Mirsaeedi first welcomed the participants and presented a brief overview of his respective university. He then pointed to the cultural affinity of the Iran and the East Asian states, saying: "There is a especial point in this MoU, and it is the legal and cultural relation between the two parties which differs from that of the European nations." He then described this cooperation as an "intra-continental one" and hoped this would bring about improvements in the ties between these ancient Asian civilizations. The session was concluded with the parties signing an MoU and ATU was appointed as the only "Iranian Chapter" of the AsianSIL.

Your comments and questions about our news are highly welcome at international@atu.ac.ir.